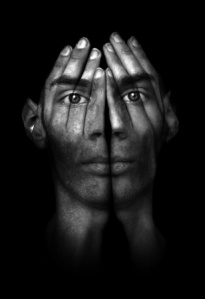 The term ‘friend’ has been redefined.  So has the word ‘follower’.  Words which used to resonate with richness and endearment have been neutered to a very shallow depth.  How can one have thousands of ‘friends’?  It is not possible, nor healthy.

Yet competitive instincts and desire for perceived popularity drive us to seek, accept and in some cases even buy friends and followers.  While social media is by definition a world which is not real, the issue of friendship is one which cuts deeply into the psyche of what it means to live in relationship with other human beings.

Wounds in the house of a friend...

Zechariah 13:6 says, “And one shall say unto him, What are these wounds in thine hands? Then he shall answer, Those with which I was wounded in the house of my friends.”

The above passage speaks to the deception of the false prophets and the judgement of God against deception and hypocrisy.  The prophet was supposed to be someone who spoke God’s truth, a trustworthy representative of the Almighty.  But the office and responsibility had become so watered down that prophets were lying and deceiving people in idol worship to such a degree that the term ‘prophet’ was in reality a misnomer.

Unfriendly friends are friends who are not true supporters.  They may appear to encourage and like you, but the real goal is far more insidious.  Unfriendly friends are users, not givers.  They are also thieves who will steal your resources, time, money, influence and even reputation if provided with the opportunity.  In short, they are not friends at all, but rather the opposite.

Because we live in an increasingly confused world in which orange is the new black and right and wrong are increasingly in doubt – for many, it can be difficult to discern who an unfriendly friend is.

True friends support each other in integrity.  A true friend is not malicious or secretly envious of another’s possessions, popularity or progress.  A real friend is there when things go south and rejoices with you in victory.  Friendship requires a willingness to fiercely protect even when that requires the tough truth.

Proverbs 27:6 Wounds from someone who loves are trustworthy, but kisses from an enemy speak volumes

The Bible says that wounds from a true friend can be trusted.   When we meander off the road into the wasteland of pretense and hypocrisy, the pain of broken relationships may be God’s way of helping us to take stock of who we engage with – causing us to ask deliberate, necessary and sometimes painful questions.